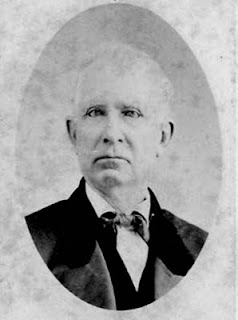 Charles Titcomb (1805-1883), a former yankee watchmaker settled on Kaua‘i after his whaler was shipwrecked in Hawaiian waters, he started a cattle ranch in 1863 on the Kilauea Sugar Plantation he purchased the Kilauea land grant that year from Kamehameha IV.
Titcomb, who married Kanikele Kamalenui, had financed his purchase of the land grant from the sale of his 750-acre Hanalei sugar plantation to Robert C. Wyllie earlier in 1863, the lands of which Titcomb had first acquired by lease from Kamehameha III.
More details about Charles.
Posted by Mabena at 09:45